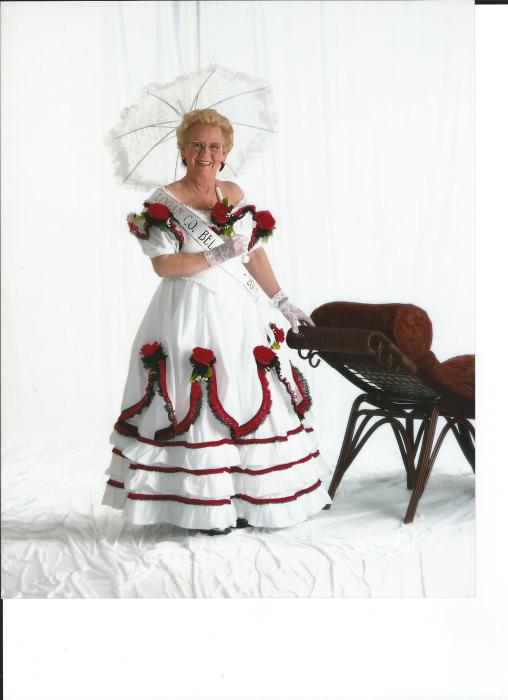 Yvonne Gail (Wood) Meadows 79 of New Whiteland, IN formerly of Barnabus, WV departed this life Wednesday, June 10, 2015 in Johnson Memorial Hospital in Franklin, IN.  She was born February 16, 1936 in Omar, WV to the late Clarence Wood and Catherine Robinson Brady.  She attended the Switzer Church of God, 2007 and 2008  Logan County Belle, Past President of  the Woman’s Club of Omar, she worked with other organizations such as  American Red Cross, Boy Scouts of America and Omar Crime Watch.  In addition to her parents she is preceded in death by her Grandparents, her husband William R. Meadows, one son; Philip G. Mullins, and one Brother; William E. Wood.  Those left to cherish her memories are one Son; Gary R. Mullins of Leesburg, Florida, two Stepsons; William R. Meadows Jr. and Jimmy Meadows, three stepdaughters; Edith (Frank) Chaves, Tina Russo, and Tammy Meadows all of Rode Island, one Daughter-in-law; Paula J. (Robert) Richards (Mullins), one half Sister; Nina Guysinger, six grandchildren; Luke, Ray, Gregory and Chelsea Mullins, Angela and Christopher Chaves and Taryn and Kalli Mullins and Chelsea and Mitchell Rodenbaugh.  Services will be held 11:00 A.M. Monday, June 15, 2015 at Collins Funeral Chapel with C.D. Wolford officiating.  Burial will follow in Highland Memory Gardens at Godby.  Visitation will be held one hour prior to the service at the funeral home.  Pallbearers will be family and friends.  Collins Funeral Home of Switzer is in charge of the arrangements.  Condolences may be left @ www.collinsfuneralhomewv.com.

To order memorial trees or send flowers to the family in memory of Yvonne Gail Meadows, please visit our flower store.