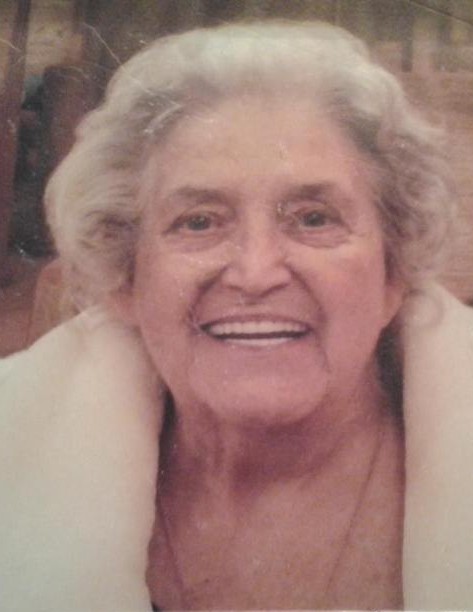 Viola Grace (Booth) Wilburn 85, of Rossmore, went home to be with the Lord on October 11, 2016 in the ICU Unit of Logan Regional Medical Center. She was born November 23, 1930 at Ethel to the late Ora and Lucy (Carter) Booth.  She was a faithful member of the Church Of God in the name of Jesus Christ and was a homemaker and worked hard many years raising her children and some of her grandchildren.  In addition to her parents she is preceded in death by her grandparents, her husband; James Elmer Wilburn, one son; Danny Wilburn and two daughters; Polly Mullins and Mara Wilburn three sisters; Hazel Crum, Bessie Booth and Lois Mounts, three brothers; Bill, Andy and Arnett Booth and two granddaughters; Erica Michelle Wilburn and Leslie Brook Williamson.  Those left to cherish her memories are one son; Ricky (Debbie) Wilburn of Garrets Fork, three daughters; Lou Ann (Ronnie) Wooten of Dog Patch and Stella and Francis Wilburn of Rossmore, two Sisters; Hester Literal of Henlawson and Sadie Booth of Rossmore, one son-in-law; Jerry Mullins of Rossmore and one brother-in-law; Clinton Willburn of IN, ten grandchildren; Jim Mullins, Matthew Mullins, Brenton Wilburn, Christopher Noe, Randy James Noe, Dana Wilburn, Daniel Wilburn, Haley Wilburn, Chrissy Williamson and Allyssa Wooten, two special grandchildren; Scotty Mullins and Nikki Samuels and six great-grandchildren.   All her family and friends will dearly miss her. Services will be 1:00 P.M. Saturday, October 15, 2016 at Collins Funeral Home Chapel with Pastor David Parsons officiating.  Burial will follow at Chauncey Cemetery.  Visitation will be from 6 to 9 P.M. Friday, October 14, 2016.  Pallbearers will be family and friends.  Collins Funeral Home of Switzer will be in charge of the arrangements.  Condolences may be left @ www.collinsfuneralhomewv.com/

To order memorial trees or send flowers to the family in memory of Viola Grace Wilburn, please visit our flower store.