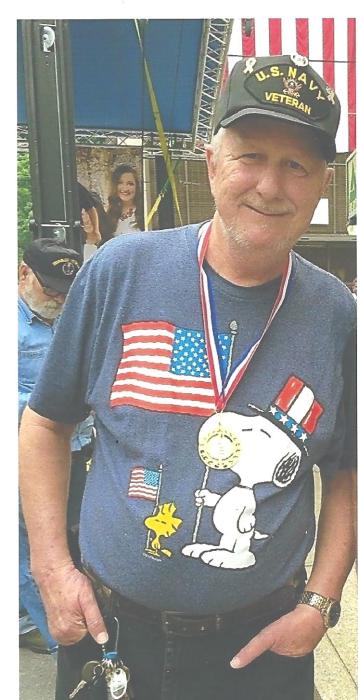 Ronald Lee Maynard 64 of Wilkinson departed this life Tuesday November 10, 2015 in Logan Regional Medical Center.  He served in the United States Navy, a member of the American Legion Post #19 as a Past Commander and worked as a coal miner.  He was born February 9, 1951 in Rossmore, WV to Letha Mae (Blankenship) Maynard and the late William Abe Maynard.  In addition to his Father he is preceded in death by grandparents, one Brother Dana Ray Maynard and one Son that was stillborn. Those left to cherish his memories are his Mother, his wife Connie (Hatfield) Maynard of Wilkinson, one Daughter Pebbles Nicole Maynard of Salem, one step Daughter; Penny Boothe of SC, one Stepson; Kevin (Wendy) Canterbury of Monaville, one Brother; John (Roberta) Maynard of Wilkinson, two Sisters; Christine Maynard Evans of Rossmore and Eloise Maynard Collins of Chapmanville and five Step-Grandchildren; Kevin, Kraven and Damian Canterbury of Monaville and Holly and Abbey Boothe of SC.  Services will be 2:00 P.M. Sunday, November 15, 2015 at Collins Funeral Home Chapel with C.D. Wolford officiating.  Burial will follow in Highland Memory Gardens.  Visitation will be held two hours prior to service starting at Noon at the Funeral Home.  Pallbearers will be family and friends.  Collins Funeral Home of Switzer will be in charge of the arrangements.  Condolences may be left @ (www.collinsfuneralhomewv.com.

To order memorial trees or send flowers to the family in memory of Ronald Lee Maynard, please visit our flower store.