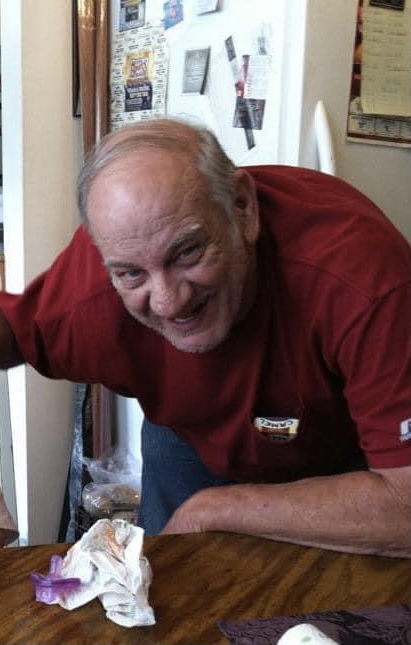 Richard Denton Curtis, beloved and adored by all who knew him, passed away at age 77 at St. Mary's Medical Center in Huntington, WV, after struggling with various medical issues.

Richard was born on January 16, 1944, to Robert and Betty Curtis in the Switzer area of Logan County as one of five brothers. He formed many friendships in childhood that lasted throughout his life.

He served in the Vietnam War as an army medic in 1966, saving lives of both combatants and civilians during the conflict until being honorably discharged in 1968. His time in the military would shape much of his life from then on, and it was common for him to talk with fellow veterans he had just met as if they were the oldest of friends.

Prior to his service he worked a variety of jobs, including working on an assembly line in Virginia putting together parts for NASA that would be placed on the various spacecrafts in the 1960s. After serving, he returned to school and met his wife Marlene. They were married in July 1977, and blended their family with his two children from a previous marriage and Marlene's three from her own.

Richard worked many years as a supervisor in various coal mines around the region before settling in as a truck driver for Anderson's in Logan, retiring in the early 2000s.

He was a pillar of his family, always eager to help anyone who needed it and known for his kind heart and responsibility. From ballet recitals in Ohio for his granddaughter to umpiring Logan baseball games for his grandson, he took an active role in his family's lives and made friends across the country, wherever he went. He will be dearly missed by many.

Richard was also an avid outdoorsman. He enjoyed turkey hunting and especially fishing. He would often take fishing trips to Michigan for salmon and frequented the Ohio State Trout Hatchery with Project Healing Waters, a disabled veterans rehabilitation group.

He was preceded in death by both his parents and three brothers, James (Pete), Robert (Buck) and David.

To order memorial trees or send flowers to the family in memory of Richard Denton Curtis, please visit our flower store.