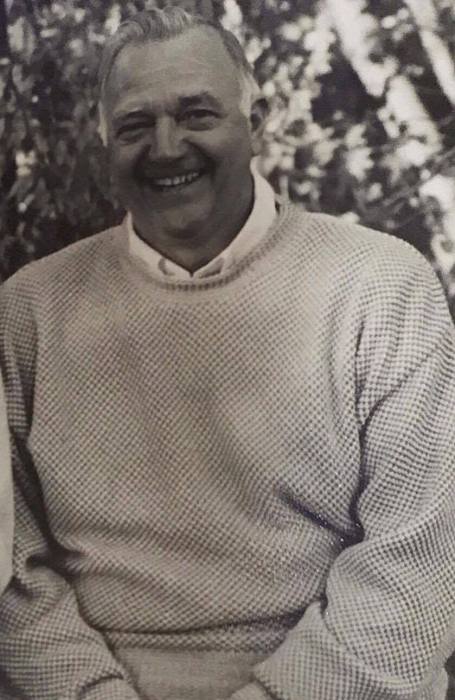 Rev.Mansfield Matthew Dameron, 76 of Barnabus, made his journey to his heavenly home to be with his Lord and Savior on October 2, 2017.He was born on October 11,1940 at Rossmore. He was the son of the late Matthew and Melissa Cline Dameron of Whitman. Mansfield lived his life for the Lord and was dedicated to leading the lost to Christ that they too would make heaven their home. He was a loving husband, father, grandfather, Pastor, brother, uncle, and friend. Mansfield was a US Navy Veteran. He was well known as the "Loan Arranger" for Ashland Finance which later became Kentucky Finance. He was avid Logan Wildcat fan, as well as WVU and Marshall fan. He had a love for the youth as well as sports. He coached little league baseball, basketball and softball for many years. He was a long time member and Deacon at Walnut Grove Freewill Baptist Church, where he accepted the call to preach the Gospel. In 2000, the Lord directed him and a small group to a little church in Rossmore which would become New Life Freewill Baptist Church, where he faithfully pastored until the Lord called him home. He felt it was a great honor to be a Pastor and had a great love for his 'flock' and they loved him deeply. He also enjoyed singing for the Lord. He was one of the founding members of the Joy Tones gospel group as well as the Patriarch of the Dameron Family gospel group. In addition to his parents he was also preceded in death by his sister, Joyce Lawhun. Brothers; Jack Dameron, Elwood Dameron and Sidney Dameron. Those left to cherish his legacy is the love of his life and best friend of 53 years Christine Davis Dameron; Three loving children; Hope (Rev. Walter) Gore of Madison, Faith (Dewey) Conn of Omar, Rev. Matthew (Debbie) Dameron of Omar. Seven Grandchildren; Robbie (Beth) Gore, Jared (Kristyn) Gore. Morgan, Chance, and Rylee Conn. Sarah and Presley Dameron. Great-Grandson; Jacob. Three sisters; Thelma Louise Adkins of Whitman, Delores Webber of Port Charlotte, Florida, Penny (Richard) Gilman of Las Vegas, Nevada. One loving brother; Ott (Cynthia) Dameron of Orem, Utah. A host of nieces and nephews. His loving church family of New Life Freewill Baptist Church as well as the crew at cardiac rehab. A homecoming celebration for Mansfield will be held Sunday, October 8th from 4-8 at his church New Life Freewill Baptist Church with special singing at 6:30 by the Dameron Family. In lieu of flowers contributions can be made to the Mansfield Dameron Memorial Scholarship at any branch of Logan Bank & Trust.

To order memorial trees or send flowers to the family in memory of Rev. Mansfield Matthew Dameron, please visit our flower store.