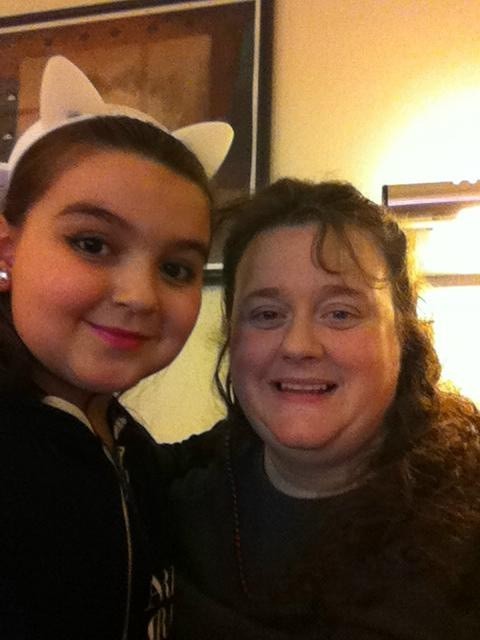 Patricia Ann Chafin, 35 of Pine Creek, went home to be with the Lord, Thursday, July 16, 2015 at Charleston Area Medical Center. Born September 25, 1979 in Logan. She is now walking the streets of Heaven with her Mother, Freda Bradley, whom she has missed so much.  Her father was Dale Sheppard of Holden. She was the granddaughter of Freda Smith and the late Albert Smith of Sarah Ann. Those left to cherish her wonderful memories include her husband of 14 years, Noah Chafin, whom she loved and supported unconditionally, a sister, Tabitha Nickel, whom she raised as her own, and was the light of her life, a brother, Ricky (Jessica) Bradley of Whitman, whom she loved and cherished as if her own and two special nieces, Allison and Kylie, to whom she would had given the world, several aunts, uncles, and cousins. One special aunt is Lois Turner, or as Trish would call her, Loisy who she looked to as a second mother. A special uncle that she held dear, Eddie Turner or as she called him Ole Dad and “her girls:” Keshia, Paige, Bekka, and Rachael, whom she loved so much. Trish was looked upon by them as their best friend and big sister. Two special cousins Angie and Pete, who were more like her sister and brother. Also her best friend since childhood, Rebecca Nelson, whom she loved like a sister. Along with many more spiritual brothers and sisters of The Sarah Ann Church of God, where she touched so many lives and was looked upon by the youth, which she considered as her own. Trish is now with the one she dedicated and lived her life for, her Lord and Savior, Jesus Christ, whom you could see in everything that she said and done. In her 35 years, Trish touched and had an impact on so many lives. She will be dearly missed, but she will never be forgotten. Visitation will be held Monday, July 20, 2015 from 6-9 pm with service at 7 pm. Funeral will be Tuesday, July 21, 2015 at 1 pm followed by burial at Forest Lawn Cemetery at Pecks Mill, WV. Condolences may be left at www.collinsfuneralhomewv.com  Collins Funeral Home is in charge of the arrangements

To order memorial trees or send flowers to the family in memory of Patricia Ann Chafin, please visit our flower store.