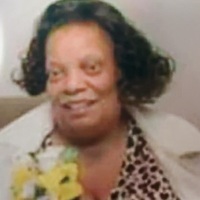 Mary L. Gardner was born January 23, 1950, to parents Watson and Francis Gardner in Logan, West Virginia. She was the 9th child of her parents who had 16 children in all. Mary was a bright eyed baby with reddish curls, who at 3, loved to sit in her walker and play with her hair.

In 1969, after graduating high school, Mary joined her siblings Watson, Jr., and Carrie and relocated to Cleveland, Ohio where she worked at bartender at Hot Sauce Williams on Hayden Avenue in East Cleveland. After having two daughters, Margretta and Elretha Gardner, Mary began a babysitting business in her home where she was blessed with many children who still love and cherish so many memories of her today. Some of those children Mary raised in her home for a period of time and became added siblings to her daughters. Those children are Emmett Todd, DaShundra Myrick Lockhart (Erika), Darryl and Dominique Myrick.

To order memorial trees or send flowers to the family in memory of Mary L. Gardner, please visit our flower store.