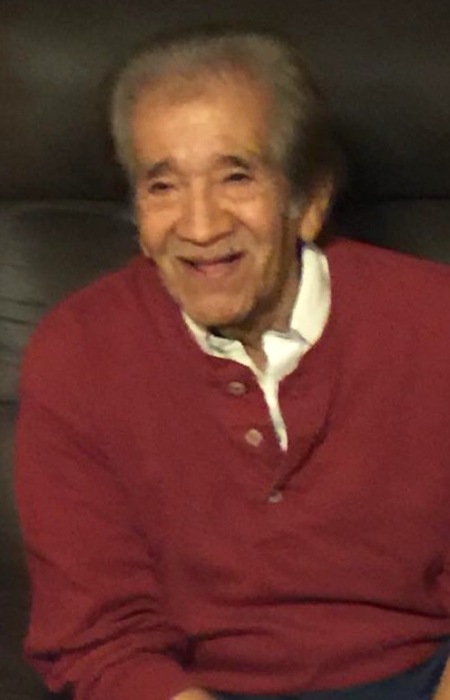 Manuel Estrathers 83, of Cow Creek went home to be with the Lord Tuesday, February 02, 2016 in Logan Regional Medical Center.  He was born May 14, 1932 in Omar to the late Martin and Julia (Acosta) Estrathers.  He was a U.S. Marine that had served in the Korean War, a Supervisor at the Seven-up Bottling Company and attended Christian Fellowship Center.  In addition to his parents he is preceded in death by one brother; Frankie Estrathers, one son; Gary Estrathers, one sister; Margaret Perry and one daughter-in-law; Velma Estrathers.  Those left to cherish his memories are his wife; Lorene (Collins) Estrathers, four sons; Randall Estrathers of Winston Salem, NC, Robert Estrathers, Manuel “Bug” (Flora) Estrathers and Bill Estrathers all of Cow Creek, one daughter; Linda (Bobby) Dingess of Cow Creek, one brother; Bill Estrada of Switzer, one sister; Delores Modene of Tucson, Arizona, eight grandchildren; Amanda (Scott) Willis, Robert Scott (Jessica) Estrathers, Aaron Estrathers, April Dingess, Melissa (Will) Rogers, Bobby (Jessica) Dingess II, Kali Estrathers and Charlie Estrathers and four great-grandchildren; Gabby and Jacob Willis and Brooklyn and Samuel Rogers.   Services will be 2:00PM Saturday, February 06, 2016 at Collins Funeral Home Chapel with Brother Mike Hicks and Pastor C.D. Wolford officiating.  Burial will follow in Forest Lawn Cemetery at Pecks Mill. Visitation will be from 6 to 9 PM Friday, February 05, 2016 at the Funeral Home.  Pallbearers will be family and friends.  Collins Funeral Home of Switzer is in charge of the arrangements.  Condolences may be left @ www.collinsfuneralhomewv.com/

To order memorial trees or send flowers to the family in memory of Manuel Estrathers, please visit our flower store.