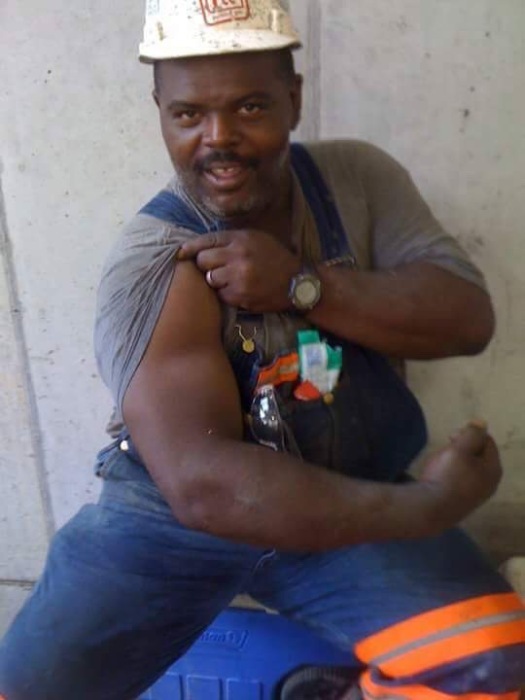 Luches Fierre “Big Lou” Rosser 44, of Amherstdale, departed this life Friday, May 19, 2017 in Welch Community Hospital due to a mining accident.  He was born February 10, 1973 in Man to the Late Charles Johnson III and Martha Rosser.  He was a Mason, a Coalminer that was a member of the U.M.W.A Union #1713, Laborers Union #1199 and a member of at The Original Glorious Church of God at Taplin. In addition to his parents he is preceded in death by his grandparents; Luches and Virginia Mae Rosser, Aunts; Ann, Bettie and Barbara Rosser, Uncles; Raymond, William and Kyle Rosser and a Cousin; Antwan Rosser.  Those left to cherish his memories are his loving wife; Grandparents; Charles and Barbara Johnson II of Huntington, Shelly (Kammerer) Rosser of Amherstdale, Three Sons; Jordan Huntley of Morgantown , Charles and Christopher Rosser of Amherstdale, one daughter; Shana Marie Rosser, one brother; Anthony Rosser of NJ, sisters; Terri Rosser of NJ, Alisa Johnson of Huntington, Kristi Johnson of MD, Felicia (Robert) Julious and a host of aunts, uncles, nieces and nephews.  Services will be held 2:00 P.M. Saturday, May 27, 2017 at The Mallory Church of God with Elder LeRoy Shaw and P.J. Tomblin officiating.  Burial will follow in Guyan Memory Gardens at Godby.  Visitation will be from 12 to 2 P.M. the same day at the church.  Pallbearers will be Shawn Mangus, Thomas Holt, Jon Grimmett, David Plumley, T.J. Warden and Edward Brickles.   Honorary Pallbearers will be the Mason’s. Collins Funeral Home of Switzer is in charge of the arrangements.

To order memorial trees or send flowers to the family in memory of Luches Fierre Rosser, please visit our flower store.