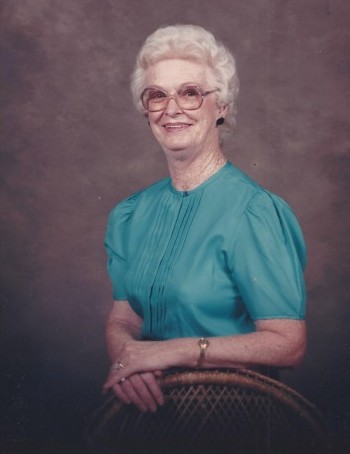 Lona Faye (Ramey) Adkins 94, of Monaville went home to be with the Lord and Savior on Sunday, March 12, 2017 in Logan Regional Medical Center with her family by her side.  She was born June 09, 1922 in Lincoln County to the late Dewey and Inez (Harless) Ramey.  She was a homemaker and had attended the previous Monaville Community Church for many years. In addition to her parents, she is preceded in death by her maternal and paternal grandparents, her husband; Harley H. Adkins, one son; Harley Adkins Jr. and one brother; Duard Ramey of OH.  Those left to cherish her memories are two daughters; Annetta (Thomas) Fortune of West Logan and Judith “Judy” (Roger) Ison of Monaville, six grandchildren; Thomas Fortune Jr., David (Tiffany) Fortune, Bryan (Courtney) Adkins, Travis (Renee) Ison, Staci (Sam) Banton and Joshua “Josh” Ison and eleven great-grandchildren; Rachael and Sara Fortune, Bryce and Owen Fortune, Austin Ison, Charlie, Will, Kate and Phoebe Adkins and Robert and Carson Banton.  Services will be held 1:00 P.M. Friday, March 17, 2017 at Collins Funeral Home Chapel with Rev. Jim Musgrave and Rev. Clark Rounds officiating.  Burial will follow in Jones Adkins Family Cemetery on Racoon Branch Road in Lincoln County.  Visitation will be from 6 to 8 PM Thursday, March 16, 2017 at the Funeral Home.  Pallbearers will be family and friends.  Collins Funeral Home of Switzer is in charge of the arrangements.  Condolences may be left @ www.collinsfuneralhomewv.com./

To order memorial trees or send flowers to the family in memory of Lona Faye Adkins, please visit our flower store.