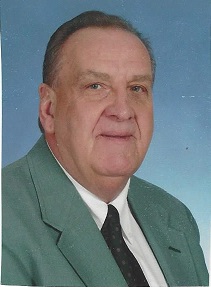 Larry D. Hardesty, 75 of Whitman, went home to be with the Lord on Thursday, January 4, 2018 at Dignity Hospice House in Chapmanville. Larry was born September 28, 1942 at Whitman, WV the son of the late William McClellan and Zida Marie Hardesty. In addition to his parents, he was preceded in death by two brothers, William McClellan (Bucky) Hardesty Jr. and Claude Phillip (Phil) Hardesty. Those left to cherish his memories are his loving wife of 55 years, Donna Borders Hardesty, three sons; Paul (Debby) Hardesty of Holden, WV, Tim (Tammy) Hardesty of Hurricane, WV, Craig (Kathleen) Hardesty of Parrish, FL, two sisters; Peggy (Bob) Skibo of Phoenix, AZ and Frances Frye of Williamson, WV; four grandchildren; Brooke (Josh) Honaker, Joshua Hardesty, John Hardesty and Cora Hardesty. There will be no visitation. A private graveside service will be held at 2 PM Sunday, January 7, 2018 at Forest Lawn Cemetery at Pecks Mill with the Reverend Jeremy Thompson officiating. In lieu of flowers, the family requests contributions be made to Dignity Hospice in Chapmanville,WV. The family would also like to thank the entire staff of the fifth floor at Logan Regional Medical Center and Dr. James Stollings and the staff at Dignity Hospice for their compassionate care. Collins Funeral Home of Switzer is in charge of arrangements.

To order memorial trees or send flowers to the family in memory of Larry Dean Hardesty, please visit our flower store.