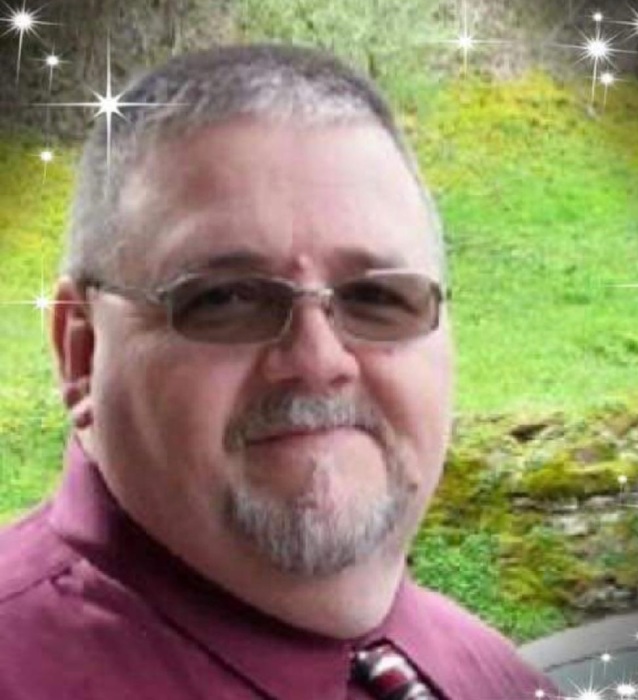 Kevin Hutchinson, 54 of Logan, WV went home to be with his Lord and Savior Jesus Christ Wednesday, April 24th, 2019 at Dignity Hospice House in Chapmanville, WV. He was born November 26, 1964 in Logan, WV to Frederick Hutchinson and Essie (Marcum) Hutchinson. He was preceded in death by his father and his father-in-law: Dennis Runyon Sr. He was a faithful member of Monahill Memorial Freewill Baptist Church, City of Logan Fire Department, and the Gideons. After graduating high school, Kevin went to work for WLOG radio station as an announcer, then later he went to work for LEASA as an EMT and worked for the city of Logan Fire Department as a fireman and later in years, he became the fire chief. After all this, he entered another type of work and worked for Mingo Logan Coal Company, Alpha Natural Resources, and then Contura where he worked up to the very day he became sick.

Tammy, the love of his life wrote a summary on how their life began, “On October 18, 1983, at 2:00 pm in the afternoon in Huntington, WV at a band competition that Logan High Band was attending, on a very cold windy day, there was an 18 year old boy that had asked a 16 year old girl if he could share her blanket.  Well that is where this wonderful journey all started.  We started dating, we would talk on the phone for hours. Several years after we started dating, we started attending church.   We both gave our lives to the Lord. That was the best decision we ever made.  We got married on September 22, 1990.  On September 26, 1992, Kevin Michael was born. After that we tried to have another child, but nothing ever happened. We felt that it might just not be meant to be.  We always wanted two children. We prayed and prayed.  On December 1, 2003 Matthew Joseph came along.  We both have worked ever since we graduated, we were blessed enough to buy our house have many wonderful things in our life whether it be something necessary or just a want. We have had wonderful vacations, holidays with family, we have had ups and downs, happy and sad times and situations, but never alone. We have always had each other. We have had a wonderful glorious life with our two boys from birth to starting school to basketball to soccer to graduation to even learning to drive.  So about 4 years ago Kevin started feeling rough. At times he would have his good days. All the while still working and providing for his family.  So yesterday, April 24 at 2:13 PM while surrounded by his family the love of my life, my husband, my best friend, my partner in crime, the best dad in the world to our two boys took his last breath.  I never left his side because I did want him to feel alone in this awful storm BUT he wasn’t.  As he drew his last breath, you could see the fluid leave his body and the peace that came over his face. I knew right then that without surgery he was getting his new kidneys lungs heart and liver. No more struggling. Even though I’m selfish and want him here with me and the boys, I wouldn’t want him to stay and struggle.  Me and the boys LOVE and already miss you.  Love you babe. Love Tam.

Funeral service will be held at 1:00 PM Sunday, April 28th, 2019 at Monahill Memorial Freewill Baptist Church with Rev. Joseph Vance officiating. Burial will follow in Forest Lawn Cemetery in Pecks Mill, WV. Pallbearers will include the City of Logan Fire Department. Visitation will be held Saturday, April 27th, 2019 also at the church from 6:00-9:00 PM. Collins Funeral Home Inc. of Switzer, WV is assisting the Hutchinson family.

To order memorial trees or send flowers to the family in memory of Kevin Hutchinson, please visit our flower store.