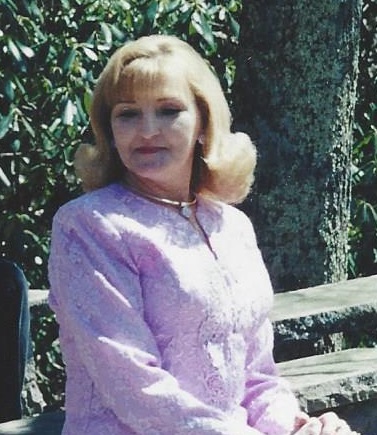 Judy K. Johnson, 64 of Stirrat, WV went home to be with the Lord on January 23, 2018. She was born on October 31, 1953 in Logan County to the late Robert Marcum and Nellie Marcum. She worked as a waitress and later worked as an office manager for her parents cable TV business.  In addition to her parents, she was preceded in death by her brother; James David Marcum, and two nephews; James David Marcum II and Joshua Brandon Marcum. Judy was a devoted wife, mother, and grandmother. Those left to cherish her memories include her husband; Willie Johnson of Stirrat, a brother; Jerry Marcum of Stirrat, a son; Brian Johnson of Logan, a daughter; Brandy Bradford of Stirrat, a daughter in law; Hollie Johnson of Logan, two grandsons; Blake Bradford and Bryson Johnson, and a host of extended family and friends. Services will be held on Friday, January 26, 2018 at 12 PM at Barnabus Independent Memorial Freewill Baptist Church with Pastors James Hawkins and Shane Dennison officiating. Burial will follow at Highland Memorial Gardens. Collins Funeral Home of Switzer is overseeing the arrangements. Condolences may be left @ www.collinsfuneralhomewv.com./

To order memorial trees or send flowers to the family in memory of Judy Kay Johnson, please visit our flower store.