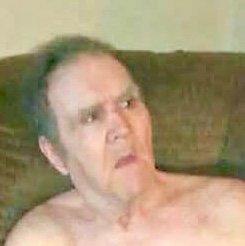 Johnny Ray Nelson, 62 of Whitesville, formally of Logan, passed away Sunday, October 1, 2017 at CAMC Memorial Division in Charleston, WV. He was born April 17, 1955 in Logan to the late Clarence Nelson and Ethel Massie Nelson of Logan. Johnny was a kind person who always enjoyed making others laugh. He loved listening to his ball games. His children was the light of his life, he loved them all dearly. In addition to his parents, he is also preceded in death by, his lifetime companion and the mother of his children; Norma Plumley of Logan, two brothers; Steve Nelson of Cora, Wayne (Eddie) Nelson of Logan, one step daughter; Phyllis Frye of North Carolina, one great grandson; William (Lil Willie) Ball Jr II. Those left to cherish his memories are his brother; Robert (Bobby) Nelson of Ohio, one sister; Donna (Bobby) Carter of Dingess, three sons; Jason Plumley of Man, Johnny (Amy) Plumley of Logan, Eric (Angela) Nelson of Logan, two step sons; Scotty Plumley of Cora, Rick (Karen) Plumley of Logan, one daughter; Lisa (Sonny) Ball of McConnell, two step daughters; Karen Damron of Logan, Sue (Greg) Jerrell of Beckley; and twenty-one grandchildren and eleven great grand children and a host of nieces and nephews and other family and friends. He was cremated and the family will be planning a memorial service at a later date. Condolences may be left at www.collinsfuneralhomewv.com/

To order memorial trees or send flowers to the family in memory of Johnny Ray Nelson, please visit our flower store.