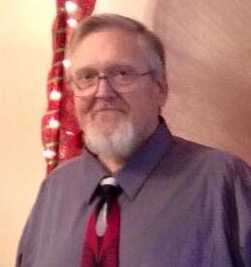 Johnny Dale Collins, 58, of Omar, WV departed from this world Dec. 4, 2016 at his residence.  Johnny was the son of the late John and Carmie Bays Collins,  along with his parents Johnny was preceded in death by his beloved wife of ten years, Sherry Lynn Carter Collins, his sister; Madalene Collins Spence and his nephew; Luther Maurice Aceves. Johnny was a member of the Pine Creek FWB Church.  He was employed by the Logan County BOE as a School Bus Driver for over 20 years. Those left to celebrate his memory are his 5 god-children; Gracie Darby, Richard Darby, Madyson Hensley, all of Omar, WV, Charlie Carter and Chris Carter of Brenton, WV. His niece; Ashley Carter and her fiancé; Robert (Josh) Fanning of Brownings Fork, WV who had stayed with Johnny and taken care of him, his brother-in-law; Rev. Michael (Lorraine) Carter of Brenton, WV whom he lived with while recovering from a stroke, his cousin; Mary Evelyn Gibson of Utica, Ohio, his niece; Christine Forbes of Georgia and a host of other family and friends. Johnny was a friend to all who knew him and will be sadly missed, but he is now with his beloved wife Sherry. There will be no services at this time as this was Johnny's request. Collins Funeral Home of Switzer is in charge of the arrangements.  Condolences may be left at www.collinsfuneralhomewv.com.

To order memorial trees or send flowers to the family in memory of Johnny Dale Collins, please visit our flower store.