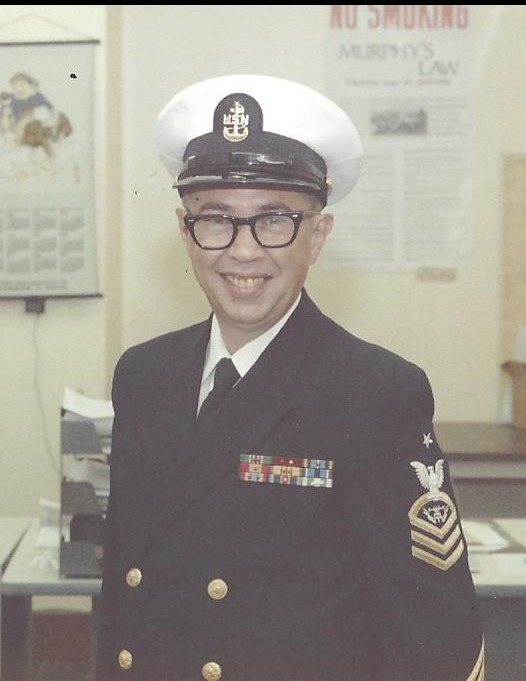 James Howard Raper, 76, of Switzer, WV departed this life on Friday, July 29, 2016  to be with his Lord and Savior, Jesus Christ. Jimmy was born on December 19, 1939 in Logan, WV, the son of the late John Howard and Elizabeth Joan Raper, also of Logan. He was also preceded in death by his brother, Dale Thomas Raper. Jim is survived by his sister, Beverly Jane Flannery and husband Walton of Switzer two nephews, Mark Flannery of South Charleston, and Jared Flannery and wife, Sarah, of Chapmanville and one great-niece, Shannon Flannery of Elkview who brought him much joy and laughter.  Jimmy was a 30 year Navy Veteran who served his country honorably as a Senior Chief Petty Officer. His naval duties stationed him in various parts of the far and Middle East, including 6 years in Japan, the Philippines, Turkey, Greece, Bahrain, and Hong Kong with his last port of call being San Diego, CA. He served as a Missile Fire Technician and was responsible for repairing and programming ICBM1s on board ships. After retiring from the Navy, Jimmy moved to Seattle, WA and was employed by the Microsoft Corp. as one of the developers of the Windows 95 operating system. He moved back to Logan in 1994 to be close to his family.  Jimmy was a member of The Lord's House church in Holden, WV. He was a great lover of classical music and had an extensive knowledge of composers and their compositions. From Jimmy's work experience with Microsoft Corp. he had a great love for commuters and computer programming and frequently built his own computer systems. In his later years, his greatest joy came from spending time with his family and friends and he will be greatly missed. Funeral arrangements are as follows: Service at  2:00 PM Wednesday, August 03, 2016 at Collins Funeral Home Chapel with Pastor Bobby Wooten officiating. His interment will be in Forest Lawn Cemetery.  Visitation will be from 12 to 2:00 PM the same day at the Funeral Home.  Pallbearers will be Mark and Jarred Flannery, Walton Flannery, Zack Bassham, Harold Fleming and Jamie Conley.  In Lieu of flowers being sent the family is requesting that you make a donation to the Disabled Veterans.   Collins Funeral Home of Switzer is in charge of the arrangements.  Condolences may be left @ www.collinsfuneralhomewv.com/.

To order memorial trees or send flowers to the family in memory of James Howard Raper, please visit our flower store.