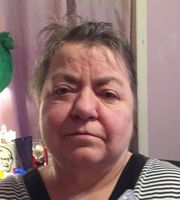 Irma Lou Messer, 67, passed away on Thursday, December 17th, 2020 at ARH. She was born on March 2nd, 1953 in Logan, WV to the late Benny and Laura (Bryant) White. She was a nurse for twenty-six years and worked at Holden Hospital which was her prized possession. She was of the Baptist faith. In addition to her parents, she was preceded in death by the father of her children, Donnie Messer; son, Benjamin Messer; two sisters, Missy White and Alleen Canterbury; and one brother, Barry White.

There are no services planned at this time. Collins Funeral Home Inc. of Switzer, West Virginia is assisting the family with arrangements.

To order memorial trees or send flowers to the family in memory of Irma Lou Messer, please visit our flower store.