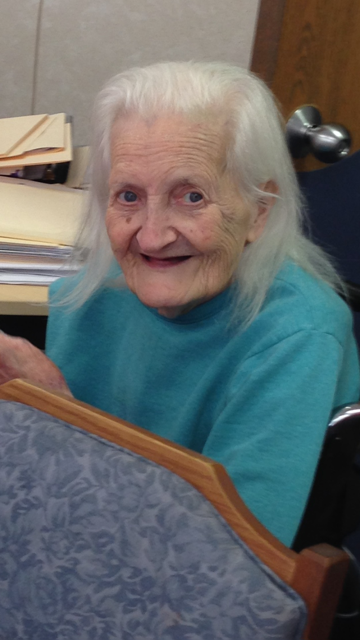 Hallie Cline 94 of Logan formerly of Coal Mountain departed this life Wednesday, October 28, 2015 in the Logan Center at 3-Mile Curve.  She was born March 22, 1921 in McDowell, WV to the late Walter and Maude Effie (Hatfield) Maynor.  She was a Homemaker and of the Baptist Faith.  She is preceded in death by her Parents, Grandparents, and ten Brothers and Sisters; Ray, Thelma, Lucian, Mamie, Walter, Naymon, Wannie, Robert, Vernor and Maxine Maynor.  She is survived by one Sister; Maxine Morgan, one Granddaughter; Melissa (Cline) (Brian Adkins) Ball and one Great-Grandson; Austin Neil Ball, and a host of Nieces and Nephews.  Service will be held at Noon Monday, November 02, 2015 at the Bruno Church of God with Pastor Roger Frye officiating.  Burial will follow in Rufus Blankenship Family Cemetery @ Mud Lick section Baisden, WV.  Visitation will be the same day one hour prior to the service. Pallbearers will be family and friends.  Collins Funeral Home of Switzer will be in charge of the arrangements.  Condolences may be left @ www.collinsfuneralhomewv.com.

To order memorial trees or send flowers to the family in memory of Hallie Cline, please visit our flower store.