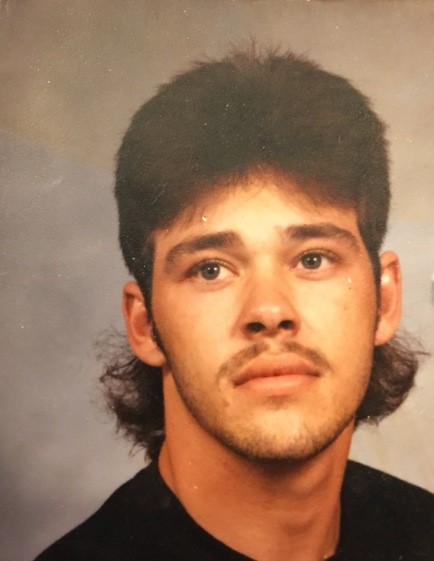 Freddie Kent “Kos” Cline 45 of Gilbert departed this life Tuesday, January 26, 2016 in CAMC Memorial Division Hospital in Charleston.  He was born May 15, 1970 in Williamson to the late Leroy and Nellie (May) Hall.  He was of the Church of God Faith and had worked as a handyman.  He is preceded in death by his parents.  Those left to cherish his memories are his Spouse;  Daisy Cline,  one son; Roy Kosmo Cline of Phelps, KY, four daughters; Heather Smith of Keystone, Chantelle Reynolds of Matewan, Norma Jean Cline of Virginia and Jessica Cline of Bristol, TN, one brother; Timmy (Edith Lockhart) May of Gilbert and two sisters; Debbie (Buddy) Gannon of Phelps, KY and Donna Matthews of Delbarton, four grandchildren, one special brother; Jack Stanley and one special friend; Mary Hatfield.   Services will be held 1:00 PM Sunday, January 31, 2016 at the Ben Creek Free Pentecostal Holiness Church with Pastor. Denny May and Rev. Danny Ward officiating.  Burial will follow in Varney Cemetery @ Pigeon Creek.  Visitation will be the same day one hour prior at the church.  Pallbearers will be Kenny Stanley, Wayne “Buddy” Browning, Jake Stanley, James Stanley, Josh Friend, Thomas Gannon, Casey and Marshall Matthews. Visitation will be one hour prior to service at the church. Collins Funeral Home is in charge of the arrangements.  Condolences may be left @ www.collinsfuneralhomewv.com.

To order memorial trees or send flowers to the family in memory of Freddie Kent "Kos" Cline, please visit our flower store.