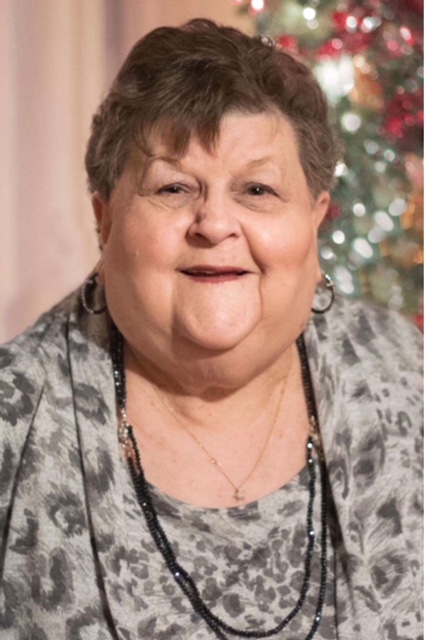 Frances Hala Elliott Browning was born December 30, 1939 at home in Earling, West Virginia to Raymond Harl Elliott and Phyllis Hanshaw Elliott.  She grew up in the tightknit Earling community and lived her adult life among friends in Cow Creek. She was preceded in death by her parents, her step-grandson Tyler Harrison, and her husband of forty-three years, Tracey Browning Jr.  Frances was a devoted wife, mother, grandmother, aunt, and great-aunt. She is survived by her daughter, Rebecca and Jamie Harrison of Cow Creek, and her daughter Beth and John Bodkin of Okatie, South Carolina. Frances had three grandchildren and was so proud of each of them; her oldest grandson Aaron Adkins and his wife Ashley of Chapmanville, her only granddaughter Anna Durham of Charlottesville, Virginia and  her youngest grandson Will of Okatie, South Carolina. She has one sister and best friend, Carol and brother-in-law Scott McGraw of Mill Creek, a caring resilient brother Robert Elliott and sister-in-law Phyllis of Davin, and a loving gentle baby brother Jonas Elliott and sister-in-law Lydia of Whitman. She has one steadfast brother-in-law Stacey Browning and sister-in-law Kathy of Cow Creek. Her nieces and nephews are Jim Paul and Sandy McGraw and children Cory, Tanner, and Hayla of Mill Creek; Mary Frances and Van Collins and children Miracle and Canaan of Mill Creek, Matthew and Crystal Elliott and children Nick and Ryan of Charlottesville, VA; Kristina Elliott of Chapmanville; Amanda and Mitchell Stallard and children Ashira and Brayson of Mitchell Heights; Hannah and Arnan Sission of Montross, Virginia; Cindy and Michael Herndon, their daughter Stacy and Shane Keefer and grandson Spencer of Switzer and son Sean of Huntington; John Reese and Danielle Browning and children, Reece, Ridge, Daniel, and Nathan; and Matthew Browning of Charleston. Frances has one surviving aunt, Mildred Cepelnik, and first cousins: Nancy Scott Roten, Dawn Murphy; Lloyd, Roger, Donna, and Danny Day, Lena Turner, Linda Harrison, Barbara Mitzel, and Phyllis Kimball; Mike Elliott, Phillip, Kenny, and Randy Blankenship; Olena Harrison, Beth, Shannon, and Roy Hodges; Marty and David Cepelnik, and Jimmy Morris. Childhood friends that became family, Terri Lynn Burgess, Glenn Hurley, Phyllis Dawn Sides, and Lillian Hurley.  She had many dear friends but Patsy Bailey, Kelli Adkins, and Sissy Mutters held a special place in her heart. Her sweet neighbors Leslie, Jayce and Elin Wolfe as well as JB, Lane, and Jamison Harmon brought many smiles on each of their visits.  Frances graduated from Man High School. She worked for Man Hospital as a secretary in the x-ray department. She then began her thirty-nine year career with the West Virginia Department of Environmental Protection before finally retiring in 2014. She loved her job and loved the people who worked alongside.  She served as a Girl Scout troop leader, softball manager, band mom, actor and many other roles teaching her daughters strength, drive and independence.  She was a tremendous cook and loved having family and friends gather at her house. Her grandchildren were the light of her life and she would always say ‘I love you a bushel and a peck and a hug around the neck’ with every hug, kiss, and card.  Services will be held at Collins Funeral Home in Switzer, West Virginia. Visitation will be held Wednesday, November 29 from 6 to 9. Funeral Services, officiated by her brother Reverend Jonas Elliott with music by Reverend Cecil Van Collins, will be on Thursday, November 30 at noon.   Per her wishes, Frances will be cremated and placed ‘on the flat’ with her husband.  C

To order memorial trees or send flowers to the family in memory of Frances Hala Browning, please visit our flower store.