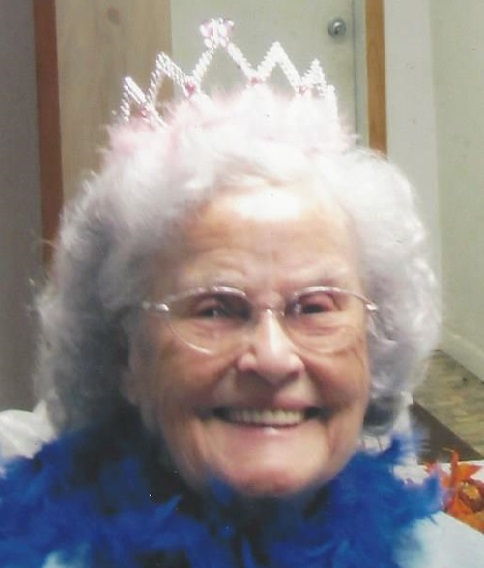 Florence Frances Blevins, 87 of Chapmanville went home to be with the Lord at her residence Sunday, June 2nd, 2019.

Born October 31, 1931 in Logan County, she was the daughter of Harry and Georgia (Riffe) Ferguson.

She was a homemaker and a member of Shining Light United Baptist Church of Chapmanville.

In addition to her parents, she was preceded in death by her husband, Everett E. Blevins Sr., one brother, Harry Ferguson Junior; two sisters, Madeline Carey and Anna Lee Williamson; one grandson, Joshua Richardson.

Services will be held at Shining Light United Baptist Church in Chapmanville, WV. Visitation will be held at the church Tuesday June 4th, 2019 from 6:00-8:00 PM and funeral on Wednesday June 5th, 2019 at 1:00 PM. Burial will follow in Highland Memory Gardens in Godby, WV. Service will be conducted by Pastor Ricky Adkins. Collins Funeral Home Inc. of Switzer, WV is in charge of the arrangements.

To order memorial trees or send flowers to the family in memory of Florence Frances Blevins, please visit our flower store.