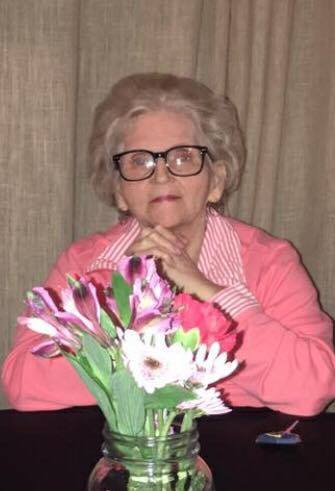 Dreama Faye (Jenkins) Vance, 72 of Chauncey entered into the presence of the Lord on Friday, July 22, 2016 at Hubbard Hospice House in Charleston, WV. She was born at Chauncey, WV on January 23, 1944 to the parents of Henry and Georgia Lee Jenkins. Dreama was a member of the First Baptist Church of McConnell. She was a graduate of Logan High School and a retired agent from the West Virginia Department of Highways. She was preceded in death by her parents, Henry and Georgia Jenkins; her husband, Jerry Vance; two sisters, Juanita Martin and Patty Wiley. Those left to cherish her memories are her son, Mark (Connie) Vance of Chauncey; her daughter, Amy Vance-Lawrence of Chauncey; five grandchildren, Morgan Kalee (Jonathan) Jeffery of Rockhill, SC, Katelyn and Jacob Vance, and Mollee and Emalee Lawrence all of Chauncey; one great grandchild, Nathan Jeffery of Rockhill, SC. Visitation will be held Monday, July 25, 2016 at Collins Funeral Home from 6:00p.m.-9:00p.m., and funeral services at 11:00a.m. on Tuesday, July 26, 2016 at Collins Funeral Home Chapel with Rev. John E. Godby officiating. Family and friend will serve as pallbearers. Collins Funeral Home is in charge of the arrangements and condolences can be left at www.collinsfuneralhomewv.com

To order memorial trees or send flowers to the family in memory of Dreama Faye Vance, please visit our flower store.