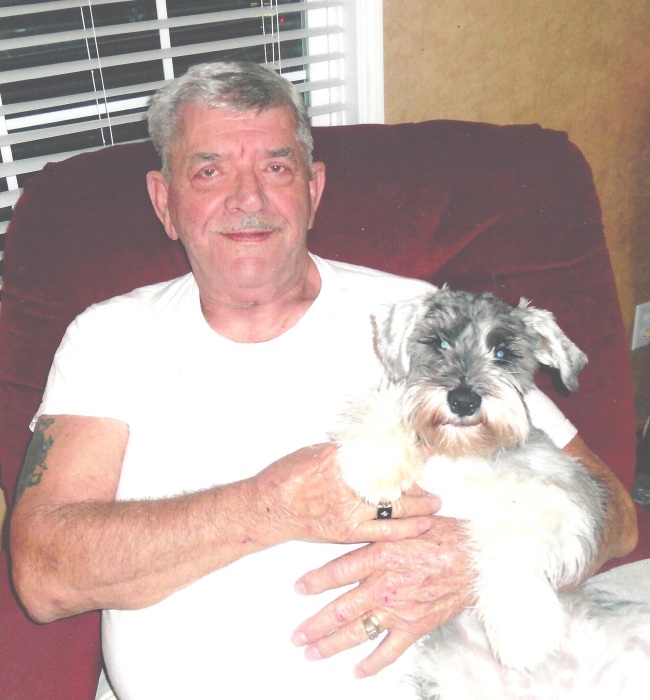 Donald Lee Vance 78, of Switzer, went home to be with his Lord and Savior Thursday, September 10, 2015 at his residence.  He was born October 24, 1936 in Stollings, WV to the Late Donald Vance and Mary (Burgess) Smith.  He was a Truck Driver for a Hydraulic Service and a member of the Hill Crest Freewill Baptist Church, many of his close friends new him as “Big Ape”.  His favorite past time was spending time with his best friend his canine “Spike” and a special friend Raymond Coon and he had a special niece Faith Conn that stood by his side.  In addition to his Parents and Grandparents he is preceded in death by two sons; Donald and Ronald Vance.  Those left to cherish his memories are his Loving Wife of 58 years; Betty Lou (Davis) Vance of Switzer, one Daughter that loved him dearly; Katrina Lynn (Dale) Collins of Switzer, four Brothers; Fred, Bobby and Paul Vance all of Currituck, NC and Guy Vance of VA, five Sisters; Linda Reagan of VA, Susan Owens of NC, Judy Tackett of SC, Lela Botella and April Strayer both of VA, four Grandchildren; Stephen Vance of Lexington, KY, Zachery Richard (Ashlea) Bassham of Verdunville, Stephanie (Cole) Smallwood of Dorton, KY and Olivia (Tyler) Mounts of Switzer, one Great-Granddaughter; Kinslee Grace “Gracey”  Smallwood of Dorton, KY, two special daughter-in-laws; Judy (Barry) Vance Bradley of Pikeville, KY and Amy Vance Robertson of McConnell. A special neice Kim (Donny) Chisholm from Nashville Tenn. and a special nephew David (Melba) Blair of Nashville, Tenn.  and  host of family and friends that loved him dearly.  Services will be 1:00 PM Monday, September 14, 2015at Collins Funeral Home Chapel with Pastor Robert Nelson officiating.  Burial will follow in Highland Memory Gardens.  Visitation will be from 6 to 9PM Sunday, September 13, 2015 at the Funeral Home.  Pallbearers will be Family and Friends.  Collins Funeral is in charge of the arrangements.  Condolences may be left @ www.collinsfuneralhomewv.com.

To order memorial trees or send flowers to the family in memory of Donald Lee Vance, please visit our flower store.