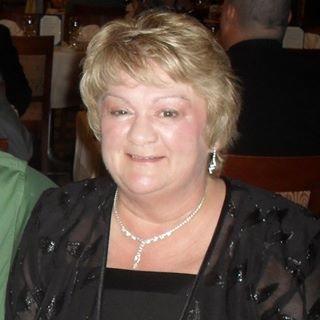 Dinah Lynn Ferrell Hughes of Ragland went home to be with the Lord on Saturday, September 2, 2017 at the Cleveland Clinic after a lengthy illness. She is the daughter of Jeff and Maxine Ferrell of Ragland and was born on September 10, 1955 in Williamson, West Virginia. She is preceded in death by her father, Jeff Ferrell and a brother, Donald Ferrell. She graduated from Burch High School in 1973 where she was a member of the marching band. She attended Berea College in Berea, Kentucky and graduated in 1979 and received a BS degree in Nursing. She worked at Logan Regional Medical Center in various positions for 43 years. Her greatest joy was her children, and she loved traveling with them. She is survived by her mother, Maxine Ferrell of Ragland; son Ryan Hughes and a daughter Shana Hughes, both of Ragland; sisters Gail Curry (Arthur) of Verdunville and Greta Cline (Victor) of Panther, and many nieces and nephews as well as aunts, uncles and cousins. Visitation will take place Friday night, September 8 between 6-9 PM at Collins Funeral Home, Switzer WV.  The funeral will be held at Rockhouse Freewill Baptist Church, Ragland, WV, at 11:00 am Saturday, September 9. In lieu of flowers, contributions may be made toward funeral expenses to Collins Funeral Home, P. O. Box 307, Switzer, WV 25647.

To order memorial trees or send flowers to the family in memory of Dinah Lynn Hughes, please visit our flower store.