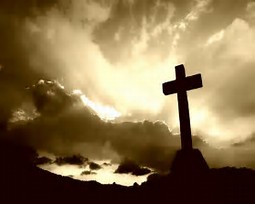 Dennis Earl Collins 79, of Chapmanville, departed this life Saturday, September 30, 2017 in CAMC Memorial Division in Charleston.  He was born July 05, 1938 in Mount Gay, WV to the Late Clyde and Jane (Dempsey) Collins. He was a Coalminer and a member of the Chapmanville Church of God.  In addition to his parents he is preceded in death by his wife; Florence Elizabeth Collins, one son Jimmy Dean Collins, one daughter; Sharon Gail Collins and three brothers; Danny, Kenneth and Larry Collins.  He is survived by one son; Vincent Collins of Chapmanville, one daughter Sandy Padget of Florida, two sisters; Linda Farley of Chapmanville and Charlotte (Tracy) Johnson of Chapmanville, several Grandchildren and a host of nieces and nephews other family members. In honoring his request, he was cremated and the family will be planning a memorial service at later date.  Condolences may be left @ www.collinsfuneralhomewv.com./

To order memorial trees or send flowers to the family in memory of Dennis Earl Collins, please visit our flower store.