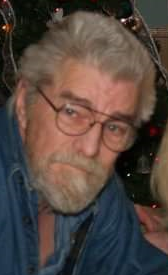 Darrell Wayne Bias, 72, the son of the late Leniol and Albertine Bias, passed away Friday, January 26, 2018 at the Dignity Hospice House in Chapmanville, WV. Proceeding him in death are his granddaughter; Ashley Bias, brother; Jerry Bias, his mother and father in law, Chester and Lula Clark and his baby sister(infant). Darrell served in the United States Air Force as a Military Policeman. Those left to cherish his memory, is his loving wife of 49 years; Glenda Bias of Omar, one daughter and caretaker; Patricia Fleming, four sons; Emert Bias of Omar, Eric (Rachel) Bias of Jacksboro, TN, Darrell Jr. (Anne) Bias of NC, Doug (Christi) Bias of SC, three grandsons; James Riffe Jr. of Omar, Logan Bias of SC, and Coty Smith of SC, one sister; Karen (Jim) Nunnery of FL, four brothers; Allen Bias of FL, Leroy and Jimmy Bias of SC, Bill Bias of ND, and a host of family and friends. Upon his request, his body was donated to Marshall University for Medical Science. A memorial service will be held Monday, January 29, 2018 at the Omar Communtiy Church from 6-9 PM with Rev. Allen Clark officiating. The family would like to thank the ICU staff at Logan Regional Medical Center, the staff of the Dignity Hospice House of Chapmanville, Dr. Sells, and Dr. Harvey for all their love, care, and support. Collins Funeral Home is in charge of arrangements.

To order memorial trees or send flowers to the family in memory of Darrell Wayne Bias, please visit our flower store.