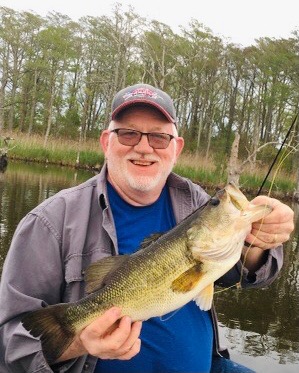 Dale Edward Collins departed this life and entered his heavenly home on Wednesday, February 3rd, 2021, at Logan Regional Medical Center where he was surrounded by his family. He was born on January 3rd, 1958, at Holden Hospital to Areland and Ellen (Burgess) Collins.

Dale was a 1976 graduate of Chapmanville High School. After working as a coal miner for 5 years, Dale decided he needed a change. He began attending Southern West Virginia Community and Technical College before enrolling in the Mid-American College of Funeral Services in Jefferson, IN where he earned his degree in Mortuary Science. He began his mortuary career at Slater-Gilliam Funeral Home at Switzer where he worked for several years before purchasing the business, establishing Collins Funeral Home. He served as owner, operator, and funeral director until his passing. His daughter, Olivia, will be following in her father’s footsteps by carrying on his legacy.

Dale was a devoted Christian and a member of Monahill Memorial Freewill Baptist Church. He was beloved by many in his community, church, and in his camp community at East Lynn Lake. Though Dale was often seen in his nice suits and ties, as the funeral industry is a formal one, he was most comfortable in his bibbed overalls, tee shirt, and a ball cap. He always had a smile on his face and was always willing to lend a helping hand to anyone in need. He was a wonderful son, husband, father, brother, and so much more to so many. They broke the mold when they made Dale Collins, for he was one of a kind.

The family would like to extend a heartfelt thank you to the staff of Logan Regional Medical Center and to all those who called, prayed, or sat patiently with the family during this most difficult time. Special thanks to Joseph Vance, Caleb and Bethany Endicott, Stephanie Smallwood, Judy Bradley, Amy Robertson, Chance Conn, and Steve Savage, and Sarah Sorrell.

Visitation will be Sunday from 6-9pm at Monahill Freewill Baptist Church. Funeral services will be conducted on Monday at 1pm with graveside services following at Forest Lawn Cemetery at Pecks Mill. Pastor Joseph Vance will be officiating.

To order memorial trees or send flowers to the family in memory of Dale Edward Collins, please visit our flower store.