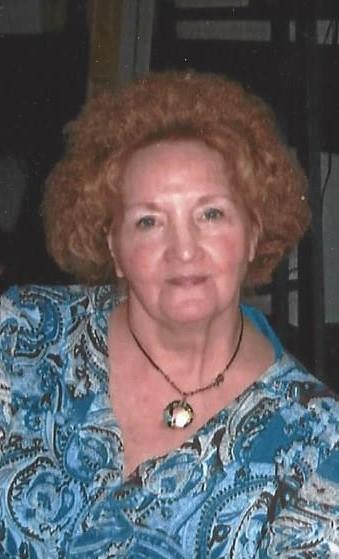 Connie Juanita Maynard Preece, 74, of Omar, WV went to be with the Lord, Monday, July 1, 2019. Connie was born November 20, 1944 to the late Charles and Phoebe Maynard in the coal mining camp at 22 Holden, West Virginia..

Preceding her in death were her brothers, Larry Dale Maynard in 1955 and Odell Terry Maynard in 2004, and sister Olga June Maynard Miskov in 2012.  She was further proceeded in death by her nephew Garlin Bruce Sperry, and niece, Connie Sue Higbee, father and mother-in-law, Rudolph and Sadie Jones Preece and her sister-in-law, Connie Preece.

She leaves behind her husband of 48 years, Johnny Preece of Omar, daughter and son-in-law, Jill D. (Frye) and Steven M. Stone of Barnabus, WV; daughter and son-in-law, Karen J. and Jonathon T. Browning and the light of her life, her granddaughter,  Abby G. Browning  all of Mt. Gay, WV.   Additionally, she is survived by her brothers and sisters-in-law, Charles Jr. and Alta Maynard of West Jefferson, OH and Darrell T. and Goldie Maynard of Port Huron, MI.  Connie leaves behind numerous brothers-in-law and sisters-in-law as well as many nieces, nephews, and cousins whom she loved dearly.  Further survivors are Andrea and Julianna Santos of Logan, WV whom she thought of as daughters.

Connie is a Christian and took membership in the Switzer Church of God in 1977.  For many years she served as a Sunday school and Wednesday night teacher, leader of the YPE and Missions Director for the church.  Many people came to know the love of Jesus Christ through her ministry. Her love for God never wavered.  She fought the good fight and finished her race and left behind many beloved brothers and sisters in Christ.

Connie was raised at 22 Holden Mining Camp in Holden, WV where her family was one of the last to move when the mine closed.   She often told stories of living at 22 and spoke of her friends and family that lived there with much joy and love.  She loved going to the 22 Reunions that were always held the second Sunday in June at Chief Logan State Park until the reunions were discontinued.  She was a board member of the 22 Holden Memorial Board.  The board along with former residents raised money to erect a monument and picnic shelter at 22 Holden in honor of those killed in the mining disaster of 1960.  The reunions reconvened in 2016 at 22 Holden, none of which she was able to attend due to illness.

The Family wishes to thank her home health nurse Brandi Davis, the staff of Dignity Hospice for the compassionate care provided and a special heart-felt thank you to Lynn Mareske Vance, Martha Mareske and Janice Stone for prayers and support throughout Connie’s battle.

Services will be 11:00 am Wednesday, July 3rd, 2019 at the Switzer Church of God, in Switzer, West Virginia with the Pastor Harold McMillan officiating.  Burial will follow at Forest Lawn Cemetery at Pecks Mill with family and friends serving as pallbearers.  Collins Funeral Home of Switzer, WV has been entrusted to serve the family.

To order memorial trees or send flowers to the family in memory of Connie Juanita Preece, please visit our flower store.