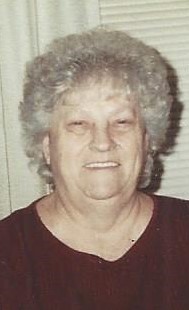 Brookie Steele, 78 of Omar departed this life on Monday, June 10th, 2019 at her residence. She was born on March 5th, 1941 in Chauncey, WV to the late George and Roxie Privett. She was a homemaker and attended Omar Community Church. In addition to her parents she is preceded in death by her husband, Bill Steele; a second mother and father, Oma and Carlos Meadows; three brothers, Jesse Privett, George Jr. Privett, and Dallas Privett; five sisters, Vada Burton, Judy Smith Mary Robinson, Rosie Meadows, and Iva Wongler. Those left to cherish her memories are one son, James Paul (Karen) Cornett Jr.; one daughter, Barbara (Kenny Jr.) Fleming; one sister, Bessie Urlicks; one granddaughter, Kimberly (Josh) Horn; one special nephew, Larry Owens; and her shadow, Gypsy. A memorial service will be held on Saturday, June 15th, 2019 at 6:00PM-9:00PM at Collins Funeral Home with Rev. Allen Clark officiating. Collins Funeral Home of Switzer is overseeing the arrangements. Condolences may be left at www.collinsfuneralhomewv.com./

To order memorial trees or send flowers to the family in memory of Brookie Steele, please visit our flower store.