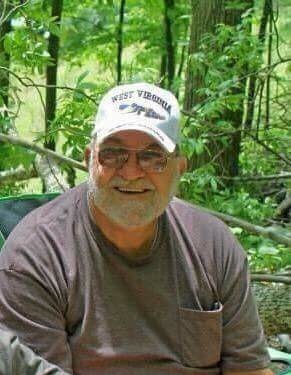 Bobby E. Maynard Sr., 73, of Verdunville, departed this life late Sunday, July 17th 2016. Born at Omar W.Va., he was a son of the late Truman and Geneva Maynard. He was preceded in death by his brother, Wayne "Bug" Maynard; sisters: Lou Kessler and Joyce Williams, and by his dearly loved sons: Bobby E. Maynard Jr. and Zachary Alan Maynard. Survivors include his beloved wife, Lila Chafin Maynard; his cherished daughters: Leslie Flood (Gordon), Joetta Savas, and Vickie Lynn Maynard, who all made him very proud, and his brothers: Larry Kelly of Cleveland, Ohio and Glen Maynard. His grandchildren and great-grandchildren who he adored and treasured also survive him. His grandson, Jeremy Eplin, who he couldn't have been prouder of for becoming a coal miner and a great family man just like him, and his wonderful granddaughter-in-law Rachel Eplin and their beautiful children Layla and Levi Eplin, his grandson Justin Eplin (Brandie), father of his youngest great-grandson Jace Alan Eplin, his granddaughter Bobbie Kay Maynard Adkins and husband, Jody, who he was proud of for being wonderful parents to his youngest great-granddaughter Kaylynn Adkins, his wonderful grandson Samuel Savas, and his lovely granddaughter Sarah Flood.  He loved his dogs Maggie, Tobe and especially his baby, Scooter. Bobby enjoyed riding in the mountains with friends, camping; fishing, target shooting and spending time with his grand and great-grandchildren whom he thought hung the stars. He will be remembered for his service to his country while serving in the Marine Corps and his love for his family. He will be immeasurably missed by uncountable friends and family who had the honor of knowing and loving him. Pallbearers are Jeremy Eplin, Jody Adkins, Mike Gibson, Gordon Flood, Chris Cochran, and Sam Savas.  Viewing will be Thursday, July 21, at noon with service following at 1 p.m. at Collins Funeral Home Chapel at Switzer. Burial will follow at Forest Lawn Cemetery at Pecks Mill with Military Graveside Rites.  Collins Funeral Home is in charge of the arrangements.  Condolences may be left @ www.collinsfuneralhomewv.com/.

To order memorial trees or send flowers to the family in memory of Bobby E Maynard Sr., please visit our flower store.