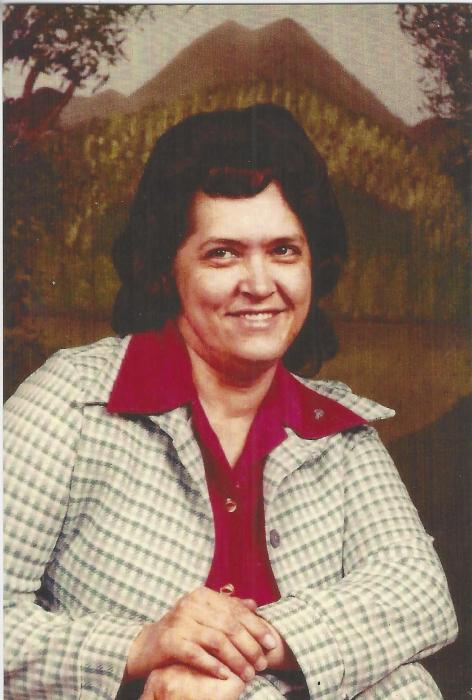 Barbara Jean (Blankenship) Gullett, 74 of Whitman, went to be with her Heavenly Father June 08, 2017.  She was born April 01, 1943, in Logan, WV the daughter of the late Nancy and Ernest Blankenship Jr. of Whites Addition and the granddaughter of Ralph and Louise (Ellis) Soler of Mud Fork, whom she was very close too.  Also preceding her in death was her sister Carol (Blankenship) Patterson and her son Jackie Gullett.  She was a retired Homemaker. She was devoted to her family, and was a loving mother and grandmother who loved to cook for her family, crotchet and bowl.  She was of the Pentecostal Faith and former member of the Orville Holiness Church.  Survivors include 4 brothers; Ernie (Sandra) Blankenship, of FL, Loren (Chassie) Blankeship of VA, Ralph (Brenda) Blankenship of IN and franklin Blankenship of FL and one sister Donna (Jerry) Vance of Holden, one son Billy Gullett of Charleston, three daughters; Nancy Robinette of TX, Teresa Adams of Holden and Jean Belcher of Whitman, ten grandchildren; Gary, Barbie and Justin Belcher, Amanda Baisden, Amy Adkins, Jackie Dale Gullett, Haley Gullett, Shaina York, Chris Robinette, Brian Adams and ten great-grandchildren; Bryson Miller, Henrix York Mowery, Cameron Adkins, Caden Adam and Case Baisden and Caden, Milania, Londyn and Cruz Robinette. Services will be 1:00 P.M. Wednesday June 14, 2017 at the Collins Funeral Home Chapel with Minister Chance Conn officiating.  Visitation will be from 6 to 9 P.M. Tuesday, June 13, 2017 at the Funeral Home.  Burial will follow in Forest Lawn Cemetery.  Pallbearers will be Frank Patterson, Scotty Blevins, J.D. Gullett, Brian Adams, Justin Belcher, Gary Belcher Jr., Adam Baisden and Michael Adkins.  Collins Funeral Home of Switzer is in charge of the arrangements.

To order memorial trees or send flowers to the family in memory of Barbara Jean Gullett, please visit our flower store.